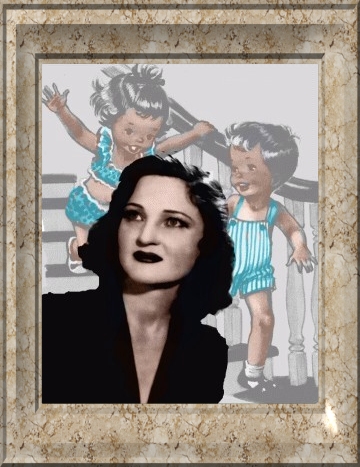 As a child, Corinne and her sister Gladys were employed as child stage actresses.

After leaving the New York, Corinne moved to Los  Angeles, California and landed a job as a fashion advertisement artist.  During this time she continued her art education taking night classes.

Her first book was, Brownie, the Little Bear Who  Liked People, in 1939 for McLoughlin publishers. This was written by her and her sister Gladys. Five Pennies to Spend, Little Golden Book  #238, was her last book before her death in 1956.

At the time of her death, Corinne and her sister Gladys lived in a apartment overlooking the Hudson River in New York City.

Corinne illustrated 32 books, 17 of which were  published as Golden Books. Valiant Minstrel: The Story of Sir Harry  Lauder, 1943, by Messner Publishing, won her the Elisworth Ford Prize.