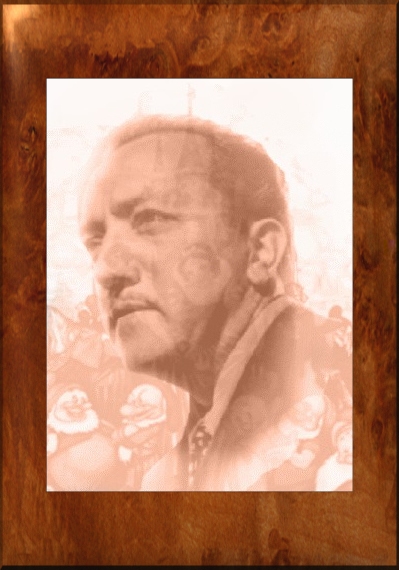 Gustaf of was born in Magda parish, Vastergotland,  Sweden. From 1908 to 1916 he took art lessons at the SlojdfOreningens  Skola and the Valand school of Fine Arts in Gothenburg, Sweden. He had  his first art exhibit at, Meden's Bookstore in Gothenburg in 1916.

After illustrating children's books in Sweden and  Denmark he moved to Cleveland, Ohio in 1920 to be closer to his two  older sisters. 1922 found him living in New York working for commercial  art studios and publishers.

In 1936 he was discovered by a young cartoon maker  named Walt Disney. Walt and his illustrators had been working on Snow  White and the Seven Dwarfs since early 1934 and had many preliminary  sketches to show for it. When Walt saw Gustaf's work he knew that his  old world style was just what was need to develop the cast of  characters. Gustaf did the preliminary drawings that set the feel of the movie along with the movie posters.

He also assisted on the Disney short The Old Mill and Pinocchio until his departure from films in 1939.

Gustaf illustrated over 47 children's books before  doing his last one, King Arthur and the Knights of the Round Table, by  Golden Press in 1962.

We lost the artistic talents of the man that made it  possible for millions of children to have their first glimpse of the  magical realms of witches, fairies and trolls when Tenggren died in  1970.

Recognized as one of the top illustrators of  children's books in the 20th Century Gustaf lived and illustrated in  Dogfish Head, Maine where he and his wife, Maline, had lived since 1944.